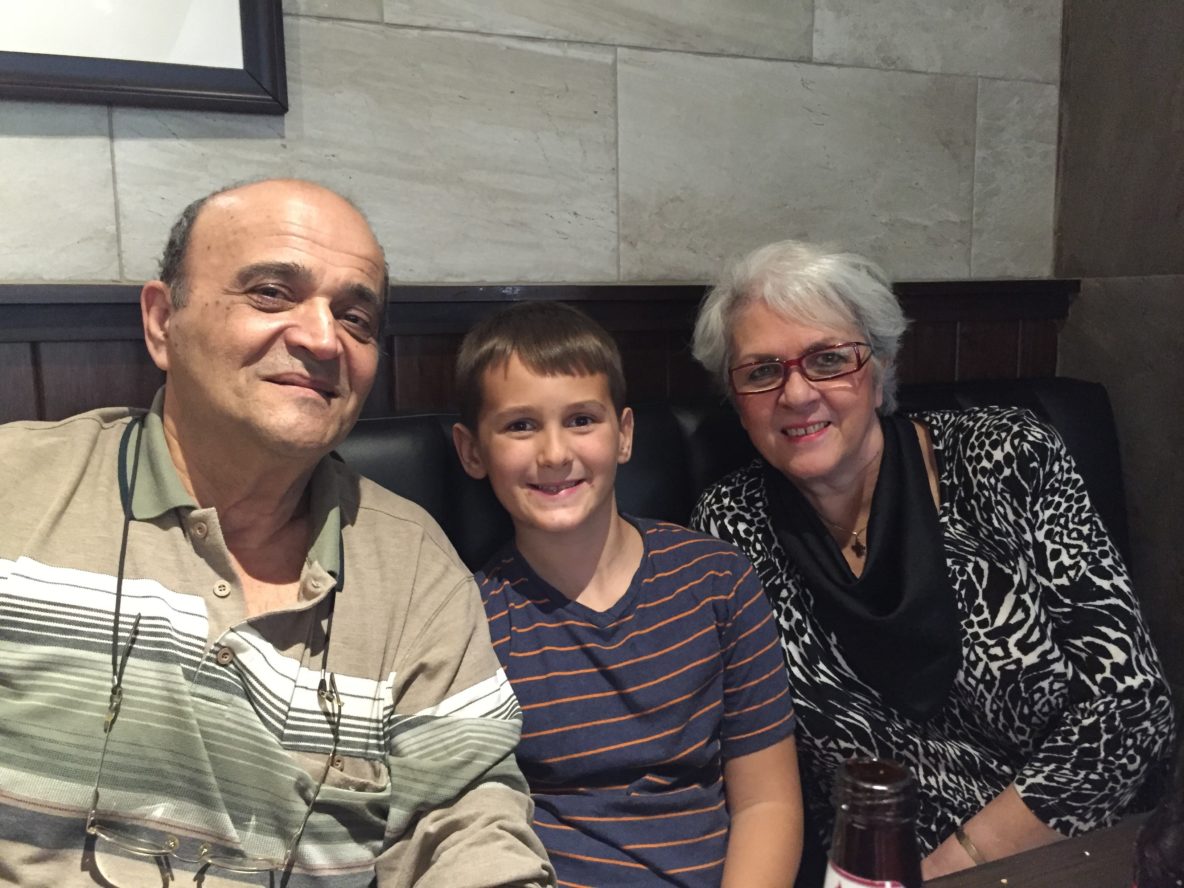 “Sometimes in your worst moments, you have the greatest memories” shared Fannie, Peter’s daughter, reflecting on their time spent at Chatham-Kent Hospice.

It was a late November evening when Peter and his family moved into Hospice. Peter had been fighting cancer for several years with numerous hospital stays. His wife, Catherine, had been his main caregiver with his daughters, Elaine and Fannie helping out, especially in the last year.

“With the support of home care, we were able to keep Dad at home as long as possible, but we knew his time was getting closer and Mom was exhausted, we were all exhausted” shared Fannie. Once they made the decision to go to Hospice, the move happened very quickly. Elaine shared that her image of Hospice was a cold, sterile environment, but when she arrived at Hospice what she found was the complete opposite.

“The staff and volunteers were warm and welcoming. The room was beautiful and comfortable. It felt calm and peaceful – it felt like home.”

The family were so relieved that Peter’s ongoing care was taken care of and that, as a family, their role was now to be there to share their love with him and with each other. “I had been taking care of my husband for quite a long time with his illness. When we finally made the difficult decision to move him from our family home to Hospice, it wasn’t easy for me. But when I arrived, I knew we made the right decision and I could finally be his wife and spend the last hours with him without worrying about the stress of caregiving.

“I was able to hold his hand, talk to him and give him all my love,”shared Catherine.

Even though Peter was unconscious, the staff made a point of asking about his favourite things. The family shared a bit about Peter, including his musical tastes. The next day when they arrived, the staff had put on the television playing his favourite music. They even encouraged the family to bring Juno, Peter’s beloved dog, for a visit.

The staff were very aware of the strain that caregiving had taken on the family and how difficult these last days with Peter were, so they were always there to provide support. Bridget, the Supportive & Spiritual Care Provider, spent time with the family, talking about Peter and the many memories they had of their life together. They knew that the man lying unconscious in the bed was more than that. He was a husband, a father, a grandfather, a friend.

Peter had moved to Canada from Greece in 1971 and Catherine came a few weeks later. They arranged to get married shortly thereafter and scheduled it for October 31. They had no idea it was Halloween as this was not a custom in Greece, but soon realized why the date had been available. From then on, they spent their wedding anniversary trick-or-treating with their daughters and handing out candy.

Peter and Catherine ran a family restaurant for many years and enjoyed interacting with their customers who were like family to them. Peter was a very outgoing, social person who loved people. He was the unofficial mayor of his neighbourhood and would take daily walks with Juno, coming home an hour or two later after having visited with the neighbours.

His greatest joy was his grandson, Jimmy. He loved spending time with Jimmy and teaching him new things. They had a very close and special relationship.

The morning Peter died, Jimmy was travelling from Windsor to Chatham to see his “Papou” but got stuck in traffic. The Hospice staff knew Peter’s time was short so they suggested that Jimmy Facetime with Peter. Jimmy was excited to share with his Papou that he had aced his science test. Peter would be so proud. Peter died before Jimmy could make it to Hospice but having connected virutally was very meaningful for Jimmy.

“We knew that the staff dealt with families and death all the time but, they made us feel like we were the first family they had ever cared for. They provided such a beautiful exit for our dad. At the moment, it wasn’t painful for him or us. It was peaceful and calm.”

After Peter died, the family were encouraged to stay with him as long as they wanted.

As Peter was escorted out the front door, the staff formed an honour guard to share their support with the family.

“It was these little gestures that were so important. We felt like we were not alone” shared Fannie. “Even though we only spent 36 hours at Hospice, the

time spent there was so valuable. It allowed us to just be a family, it helped us come to terms with what was happening and it provided us with a feeling of calm knowing that our Dad was comfortable and peaceful to the end”.

Shared in loving memory of Peter by the Vavoulis Family