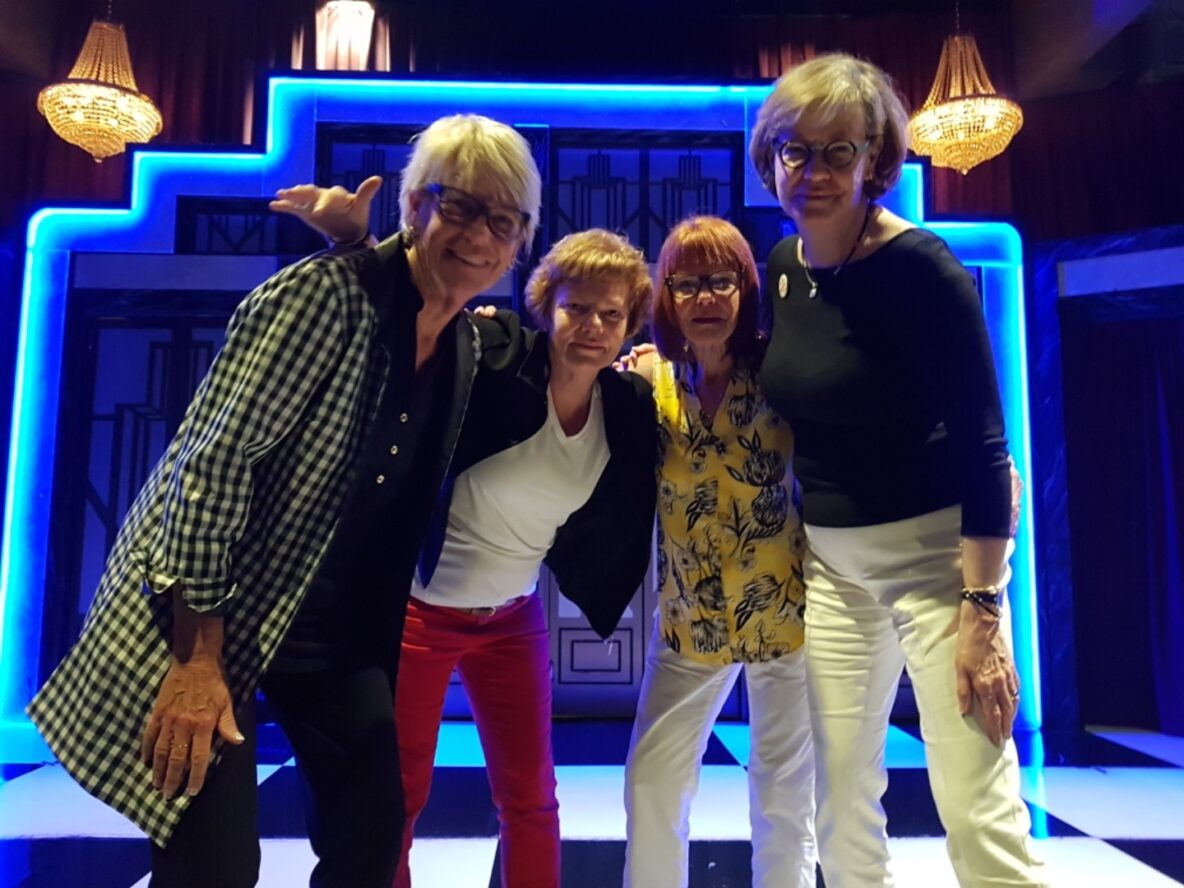 N. Jane Rivers grew up in a family of six children – five girls and one boy. The ‘Booth Kids’, as we were often called, were no strangers to loss, losing both parents at a young age and then two siblings, David and Dianne. Despite these losses, or perhaps because of them, we had a closeness as siblings that was supported by the caring community of Erie Beach until we were grown and launched our own careers.

Jane was second born and the one we liked to remind was the shortest. Her hair was a lifelong experiment – from long to short, curly to straight, blond to red and every shade in between. Every style and colour fit her vibrant personality and moniker of ‘little spitfire’. Jane was our tireless organizer – whether planning family trips for Joe and Chris to Pine Grove or the “Golf Girls” to Florida and beyond. But most importantly, Jane was the sister who was kind, compassionate and caring. It is impossible to count the lives she touched with her warm smile and endless generosity.

When we learned a short few months ago of Jane’s cancer diagnosis, we braced ourselves for what we had experienced too often before in hospitals. Our experience this time, however, was entirely different. Jane was privileged to spend the last week of her life at the Chatham-Kent Hospice. As the remaining three ‘Booth Girls’, we felt it important to reach out to Hospice and attempt to put into words what we experienced that week. It was truly profound.

“It started with being able to park our cars near the entrance to the hospice without a parking meter or time limitation in site. Upon entry, we were warmly greeted by a receptionist who completed our COVID-19 testing in the gentlest of ways. She also encouraged us to try a bowl of home-made soup made fresh every day by volunteers and at no cost to visitors. As we stepped further into the building, we were awed by its beauty. It was light-filled with a central courtyard and a feeling of being more a home than any type of care facility.”

A nurse then met with us before we saw Jane to explain how she was doing and what we could expect. Entering Jane’s room was not easy knowing what we were facing but seeing her sitting up in bed with her flaming red hair making a perfect halo made it more joyous than sad. We chatted about anything and everything while sharing many a good laugh.

We returned on Saturday, the first warm, sunny day that spring. To our surprise, the staff suggested Jane spend the day outside in the courtyard where she could enjoy the sunshine and host a bit of a party. We sat there for hours entertained by Annie, Jane’s three-year-old granddaughter. Jane never took her eyes off her. Someone brought wine for a shared toast – and a little Scotch for Joe. The afternoon ended with popsicles, Jane selecting the blue one and then showing us her blue tongue just as we had all done as kids.

Sunday morning started with a call from Hospice; it was time to come. Again, the staff told us exactly what was happening and what to expect. Jane had told them after her party that she was tired and ready. She had fought the good fight and now it was time to go. We shared our collective tears in her beautiful room and we each said our own goodbyes as she took her last breath.

What happened next was totally unexpected. We gathered once again with Jane in the sunny courtyard for a private service. One of the nurses said the most touching words and helped each of us light a candle in Jane’s memory while listening to her favourite music. We were given beautifully hand-crocheted hearts, no doubt made by hospice volunteers, which we could take or place over Jane’s heart. We followed behind as she was taken out to the hearse. Just before it departed, however, Greyson, Jane’s eight-year-old grandson, expressed his need to go with her. The funeral home director immediately said he could ride up front with him, which he did.

Words cannot express our gratitude for those who created the Chatham-Kent Hospice, for those who continue to support it today and for those who choose to work and volunteer there. We know Jane and Joe were donors who also gave of their time in supporting the annual gala and auction. As the three remaining Booth Girls, we feel privileged to make a donation in her memory.

– Shared in loving memory of Jane by her sisters, Patricia, Catharine and Berta.