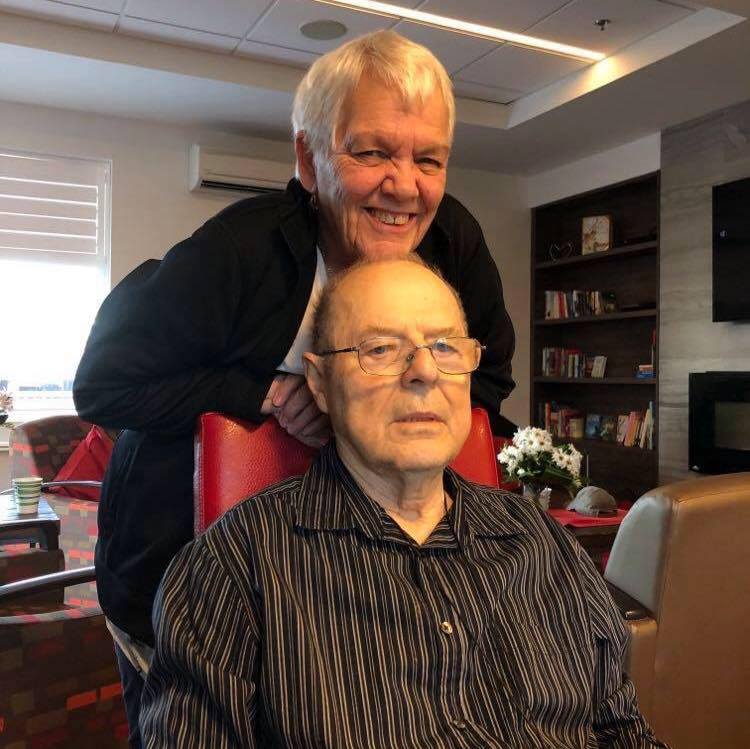 One family’s Hospice experience during the pandemic

When they weren’t going to dart tournaments, they really enjoyed camping and spending time with friends at their seasonal trailer they had for 25 years at Campers Cove in Wheatley, Ontario.

Mal worked in the food processing industry and they moved several times for work, before retiring in Wallaceburg.

Mal was rarely, if ever sick, until he started to experience sudden fatigue in December 2019. They discovered he had leukemia. He managed at home with periodic stays in hospital in Wallaceburg and Chatham for blood and platelet transfusions.

He received some chemotherapy treatments as well, but he didn’t like how he felt after the treatments and decided that was enough.

While in the hospital, the staff talked to him about what he would like to do moving forward and introduced him to the idea of hospice care. Gail had visited the hospice in Windsor before and had a friend who volunteered with the Chatham-Kent Hospice, but other than that, they knew very little. Once they understood the type of care Hospice could provide, Mal agreed that Hospice was where he wanted to go. He knew he didn’t want to die at home for Gail’s sake. The transition to hospice happened very quickly.

“Mal went from having three blood transfusions a week to help overcome fatigue, to having a burst of energy after arriving at Hospice. I’m not sure why, but this was quite a gift for our family,” said Gail.

Although they had some experience with a hospice in the past, they were very happy with what they experienced at Chatham-Kent Hospice.

“I felt the pressure of caregiving fall away as soon as we arrived,” Gail said, adding that it was an added bonus to sleep overnight in Mal’s room throughout his stay.

The family reached out to the Retro Suites who provided them with a room at a reasonable rate. That allowed all the family to congregate together and take turns visiting Mal.

Because of the onset of the COVID-19 pandemic and the restrictions put in place, Mal’s family was not able to hold a funeral. “Not being able to have a funeral for Mal or spend time with my family has been really hard on all of us,” Gail said. “We’re hoping to hold a Celebration of Life in the near future, once some of the restrictions are relaxed.”

Grief is difficult at the best of times, but during a time with social isolation restrictions, it makes a hard time even more so. If you or someone you know are struggling with caring for a loved one at end of life, or need support for a recent loss, please know that Chatham-Kent Hospice is here to help.