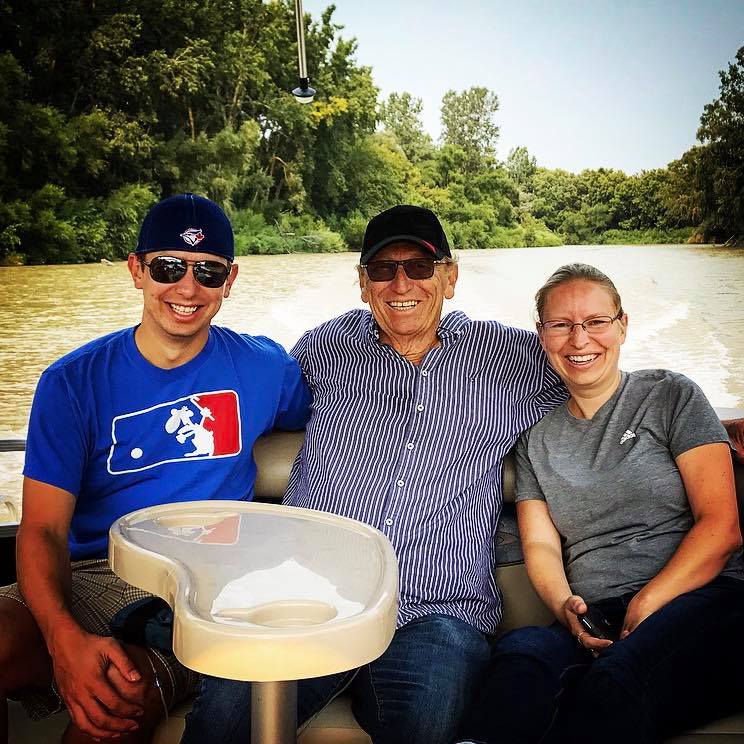 This summer, Ryan Doyle participated in his third Ride to Conquer Cancer; a two day, 200+ kilometer cycle from Toronto to Niagara Falls. This year the ride became much more personal for Ryan. Shortly after he completed his second ride, his dad Eelco was diagnosed with cancer and became a resident at Chatham-Kent Hospice.

Eelco was a very social person and loved spending time with friends and family. When he moved to Hospice, it really did become his home. He was able to host guests outside in the courtyard and in his suite where he could continue the tradition of watching Monday Night Football with ‘the guys’.

For Ryan and his sister Christyn, it provided relief that he was cared for around the clock so they could just enjoy their time with him. “The staff and volunteers went above and beyond for my dad and us as family. They got to know us and helped guide us through the process, making sure we understand what my dad was experiencing. It made us more comfortable knowing he was being taken care of so well,” said Ryan.

Christyn said “being able to say our goodbye outside in the courtyard was especially meaningful. Although it was a sad and difficult time, the farewell ceremony gave me some immediate closure.”

As a thank you to Chatham-Kent Hospice for the care their Dad received, Ryan and Christyn matched the donations received towards his bike ride and generously donated the same amount to Hospice.