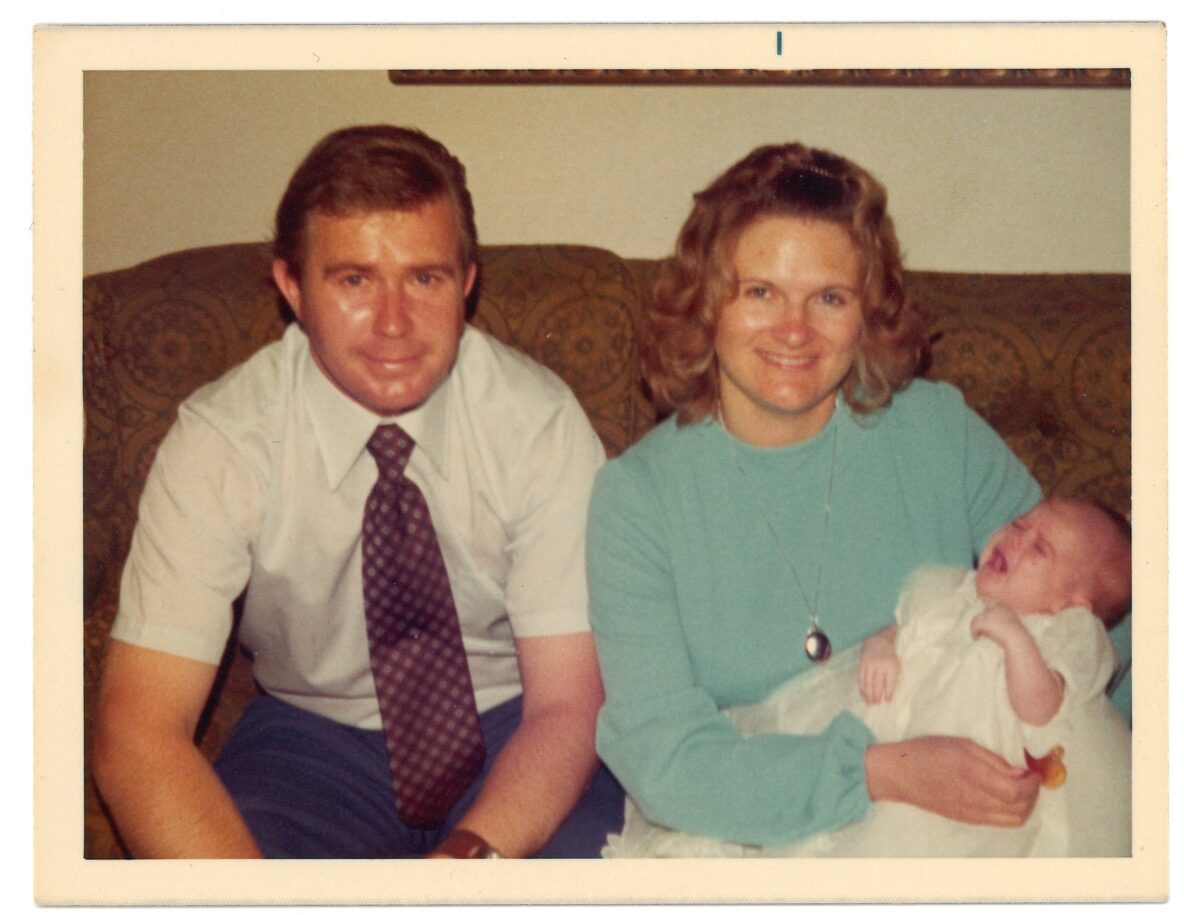 Coming to Hospice two weeks before Christmas was hard, especially knowing the holiday season would not be filled with the usual family traditions. But for Dick, Bev and their entire family, it was the one gift they had been hoping for.

“After his heart attack and stroke, we were able to manage at home, but then came his cancer diagnosis. It became difficult for us to give him the care he deserved so he was admitted to long-term care at the hospital. Like everything, COVID made visiting more difficult. My daughter Heather and I spent two and a half months with only two of us allowed to visit,” shared Bev, Dick’s wife.

“I let our doctor and palliative care team know that we wished to move to Hospice. We had not visited Chatham-Kent Hospice before but had friends who shared their experience and it was something we wanted: a place where Dick would be pampered. Immediately upon arrival I saw the peace roll over him; he was a happy camper.”

The move to Hospice meant that the whole family, including their grandchildren, were able to be together as the holidays approached. Loyal, dependable, and kind hearted – that is how family and friends would describe Dick. It is no wonder he was adored by the younger members of his family who fondly referred to him as ‘Uncle Dickie’.

A die-hard sports fan, Dick’s loyalty extended to his teams – the Tigers, Lions, and Leafs. After a stroke left him unable to see out of his left eye, it became more difficult for him to watch the games.

“One of the many wonderful things about the rooms at Hospice are the big TVs. He was able to watch the games, and really see what was going on. Being able to watch together brought some normalcy back into our lives”, shared Bev.

Dick’s dependable, dedicated nature extended beyond his personal relationships to his work. A barber by trade, he started out at the Southwest Regional Centre, but also held positions delivering the London Free Press, delivering baked goods for the local Tim Horton stores, and eventually, driving for CHAPs.

It was these delivery jobs that inspired Dick and Bev to show some appreciation for the trucking community, thanking them for their work especially during the pandemic.

“Every Thursday we would head out to the Tilbury ON Route & Flying J and hand out thank you cards to the truckers. Closer to Christmas, when Dick was at Hospice, I continued to spread cheer and gratitude. Many of the new friends we met out there learned that Dick was in Hospice and began to send cards directly to Hospice. One of the companies even sent a cast of their Challenger Transport truck. Dick and I were given the gift of service. It was heartwarming to see how such a small act made an impact on that community.”

Having been married for 52 years, Dick and Bev share many memories together. “We were the pranksters in the neighbourhood. It was all in good fun, our friends and neighbours came to know that about us,” said Bev. “One memory of Hospice that will always stay with me is when I left the room one day so the staff could look after Dick. From the hallway I could hear them joking and  laughing with him. They treated him with dignity as any patient should be, but it was second nature to them. From the volunteers in the kitchen and at front desk, to the housekeeping staff, they all showed compassion. Even when the housekeeper came in to clean, she walked by Dick’s bed, touching it saying ‘Good Morning, Sir.’ It totally moved my heart.”

While Bev thought the final gift Dick and their family would be given that Christmas season was moving to Hospice, the last gift actually came right before he passed.

“When Dick was dying, I put my hand on his chest because he was not breathing and I checked for a heartbeat. All of a sudden his eyes opened wide and were so blue. He was looking beyond. My daughter and I both knew who he saw. His look was one of awe and then he closed his eyes. Such a gift he gave us.”

Since their family’s Hospice experience, Bev has become a regular supporter of Chatham-Kent Hospice, making monthly contributions in memory of Dick. “It was easy to set up and best of all, it helps local families like ours who are saying good-bye to a loved one. I know how much I appreciated the care and I want to make sure others get the same

support. If you don’t have a charity, it is worth your while and your money to give to Hospice.”

– Shared by Bev Perrin, in loving memory of her husband, Dickie.