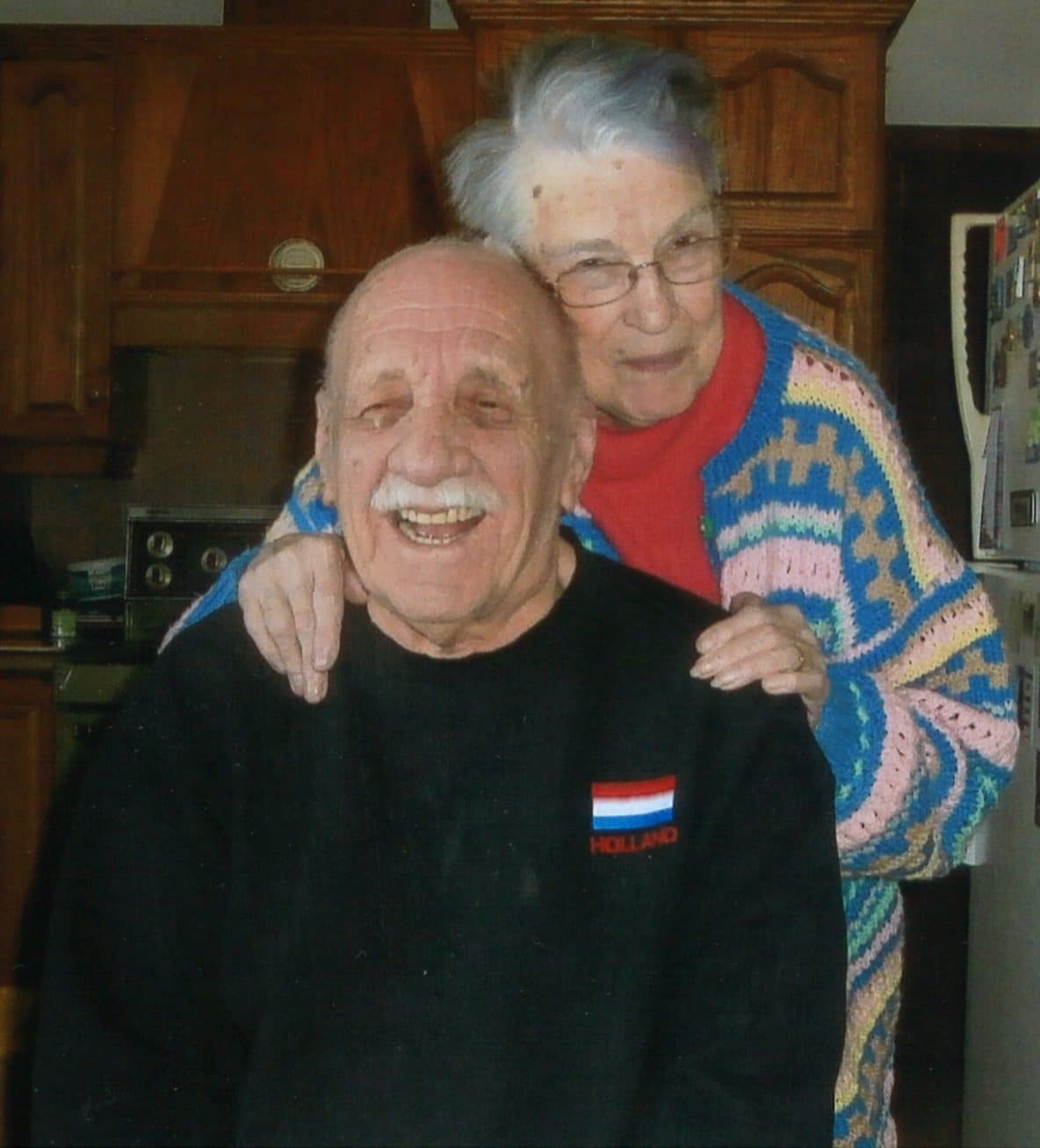 John and his wife Alice are thankful to be at Chatham-Kent Hospice.

John was born in the Netherlands and moved to Canada with his parents and sister as a young adult. He began his career as an Insurance salesman and met Alice when he was selling her parents insurance.

“On our first date, he took me to A&W to have root beer. I didn’t like it very much but didn’t share that with him until many years later” shared Alice with a laugh.

After they married, they opened a paint store then several years later, added picture framing to their business.

After many years of trying for children, they had their firstborn, a son. Not being able to have more children, they adopted 3 children and their family of 2 boys and 2 girls was complete.

When computers became necessary for business, they decided to retire. They both took on many interests to keep them busy. John was very active in Ducks Unlimited, a member of the Active Lifestyle Centre and a volunteer for Community Living. He is an avid bridge player and they both were avid gardeners.  They enjoyed growing a variety of vegetables and flowers. Sunflowers were his favourite.

Alice also kept busy volunteering for jail ministry, was a member in several choirs and was a long time VON visiting volunteer. Through her experience with VON, she was familiar with end-of-life care and understand the benefits of hospice care.

“John started having trouble hearing and experienced a lot of head and neck pain. Then about 2 months ago, he was diagnosed with cancer and lost his hearing completely. I felt helpless when it came to managing his pain and knew hospice was where he needed to be” shared Alice.

John was hesitant at first but within a day of arriving at Chatham-Kent Hospice, became an instant fan. His pain is being managed and he is enjoying the friendly and helpful staff who communicate with him using a message board. He is getting to know all the staff by sharing many stories of his interests and adventures.

Although they are sad that their family and friends cannot visit due to the visitor restrictions, they know Hospice is where they should be. Alice connects with their children daily to give them updates on their dad. Family and friends have visited through the windows, made heart-warming posters, sent personal letters and emails as well as flowers which adorn his room.

Alice is so appreciative of the care John is getting at Hospice and finds the peaceful atmosphere relaxing and soothing.

Thank you to our community for making hospice care a reality in Chatham-Kent.