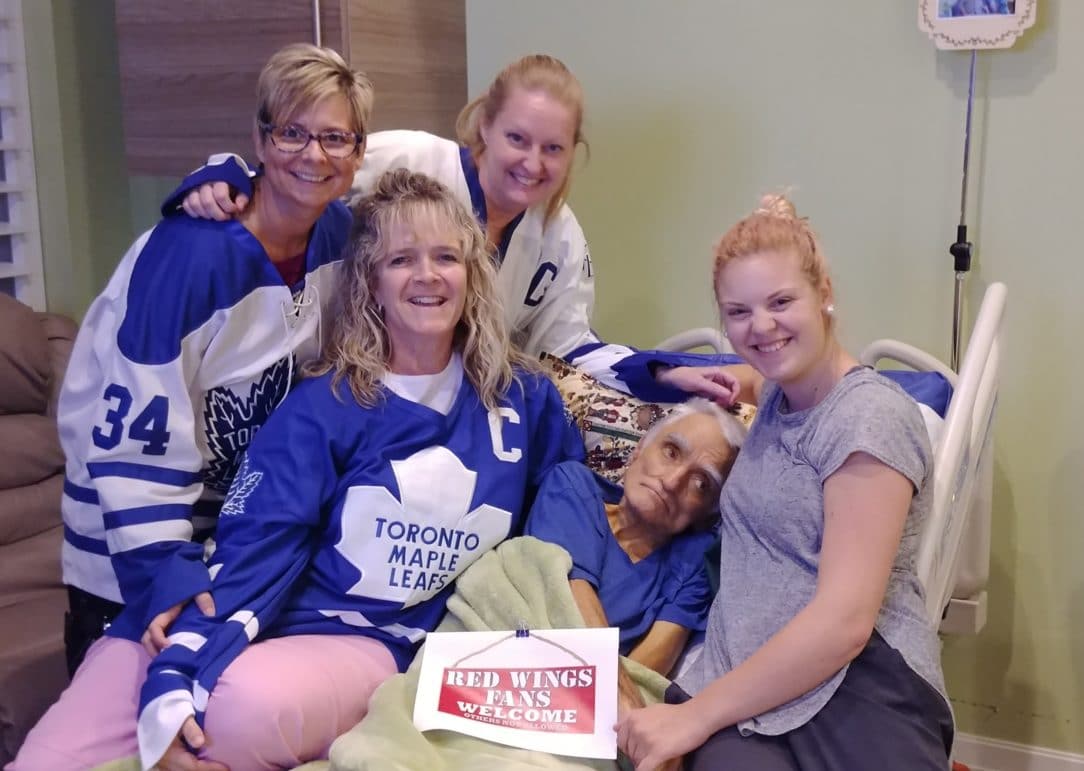 Irwin was one of these residents.

Irwin grew up in Detroit and attended Detroit Public Schools in Special Education Classes.  When these classes ended Irwin went to work with his father at his construction job.   Irwin’s tasks were to hose down equipment, sweep the floors, and pump gas into the trucks and other mechanical tasks – he was always mechanically inclined.

Irwin was also a huge hockey fan. In the 1960s his father purchased Irwin a small portable TV that broadcast the hockey games and Irwin was hooked. He was a diligent observer, keeping track of each player’s statistics and schedules. If you wanted information about any player on the Detroit Tigers or Red Wings, Irwin would know.

Irwin moved to Canada in the 1970s and lived at the Southwest Regional Centre and then Christian Horizons community group home.  He lived with four housemates who he had known for many years and considered good friends. He was known for his sense of humour and reading the London Free Press every day. Irwin loved pizza, potato chips and pop, chocolate pudding and ice cream.

Family was always very important to Irwin. His sister Carolyn visited him often from Michigan, and his aunts who lived close by were some of his favourite people.

When Irwin arrived at Hospice, his Christian Horizons support workers shared this about his experience:

“The hospice felt like a home away from home. Irwin looked much more comfortable in his new surroundings and the care he received is amazing. Irwin had really taken a liking to the outside garden. He was always looking out his window which has a perfect view from his room. From day one of being in the care of the hospice team we as his support staff, noticed the love and support you had for Irwin. For example making a Red Wings sign for Irwin’s door or just making sure he had ice cream or pudding with his meals because it is something he enjoyed. The amount of respect we have for the hospice staff is tremendous.”

It was an honour to care for Irwin and do all we could to make his end-of-life journey as comfortable as possible.  Go Red Wings Go!